Beginning same-sex relationships is often more difficult than straight ones. People with these orientations are taught from the early ages that they have a bad difference compared to other people, and many men and women around them do not accept them.

Everyone should know that homosexuality doesn’t make some people worse than others. These individuals differ from the usual offerings, but they belong to a large community consisting of members with different needs. So there’s no all good or all bad when it comes to sexual orientations. In many cases, these people have to be careful about even the most usual behaviours in public, such as holding hands so that others won’t reject them.

Dating as a homosexual has always been a challenge. Not a long time ago, these men always felt lonely because there was no big pool of potential partners around them, and the choices were minimal.

But the dating websites that welcome gay users have made it simple for these people to meet their dating prospects without worrying about the usual judgments and misunderstandings from other people. Websites with gay personals have been a great welcome for men interested in homosexuality who want to date a male partner.

The well-known online portals are now the best source of finding gay personals without a hassle. It’s an easy experience to interact with members interested in m4m relationships from different backgrounds and match with someone who’s your type.

Where to Find Gay Personals Easily?

Gay communities might be the easy way to meet gay singles in person. Luckily, the general acceptance of same-sex relationships has increased over the past decades, and it’s continuing to rise in many societies. In the US, people’s favour of same-sex marriage was around 31% in 2004, and it reached 61% in 2019. These days, many LGBTQ communities are scattered across this country and provide an excellent dating scene for these singles.

However, the conditions are not the same in other parts of the world. You can’t just walk around in many cities and ask for local gay personals and their communities. Same-sex relationships are illegal in some countries, and people with these orientations sometimes feel deeply insulted by how others treat them. So many gays try to hide what they like to avoid being considered strange, shameful, or disgusting.

As our lives are tethered to the internet in many aspects, you can use it for your passions, too. There are plenty of gay personals websites available on the internet where you can meet and date a male partner who shares the same interests as you.

With that in mind, BuddyGays is a thriving community with tons of gay personals seeking lust, love, or something in between. It’s fundamentally a location-based gay personals website where you can meet local matches ready to mingle. You can post multiple photos on your profile, notify other members about your interest in them and find out who’s been checking up on you all after completing a free registration process. So if you’re seeking gay personals, an unrivalled experience awaits.

Why Are There A Lot of Gay Personals?

Here are some of the reasons behind this increase:

Public awareness and acceptance have encouraged many men seeking local gay personals to talk about their preferences and feel no shame. As opposed to their parents, Millennials have high support for homosexuality and hold a favourable view towards these people around them.

Statistics show that half of the users on gay dating services are between 25 – 39 years of age, and most of them have found niche dating websites preferable to other portals. Having an online profile opens the door for you to whatever relationships you’re after. Let it be a one-night stand or a lasting romance, the variety of orientations in the dating websites’ member base will help you find, meet and date same-minded singles conveniently. 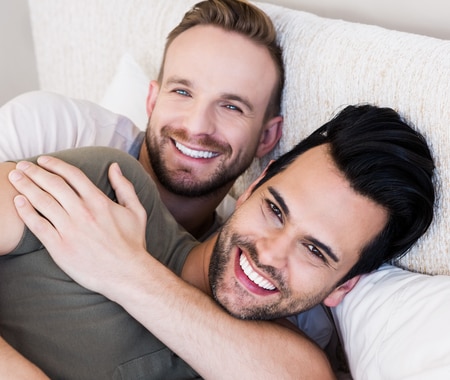 It is Free to Try Gay personals Today. Just Touch the Button